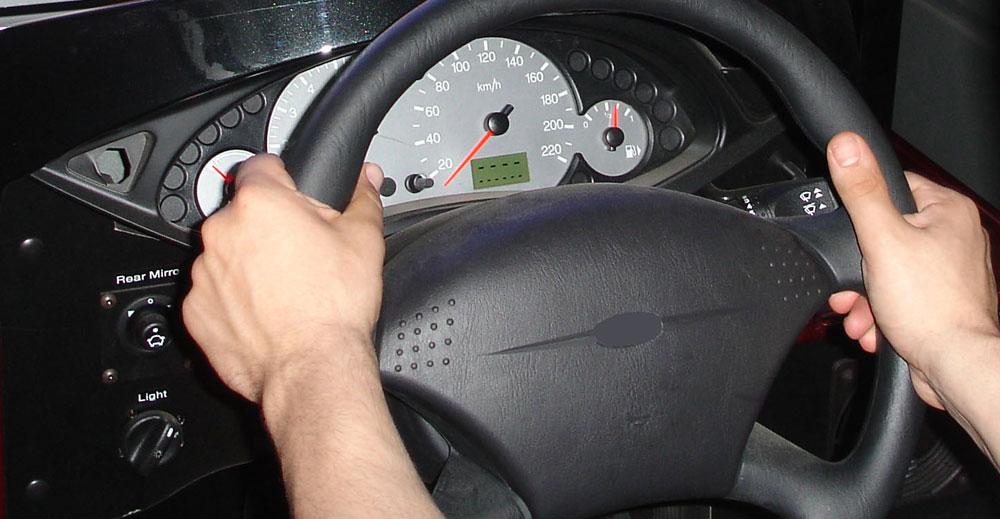 The simulator (type FPF TUTOR) was installed and operates at the Serres Racing Circuit during the Promo Safe Driving project, which is funded by the European Territorial Cooperation Program Greece-Bulgaria 2007 - 2013

This type of simulator is the most professional tool, not only in the field of education and for research purposes, but is also suitable for the retraining of drivers with the aim of road safety.

The advantage of this type is the ability to move, which gives the driver the best feeling during the simulation.

The reality is fully represented by the dynamic feedback, since the steering wheel vibrates while the engine is running, while throughout the driving compartment (cabin), original car parts are used.

It should be noted that the simulator has installed and supports programs related to "Economic Driving", "Alcohol Simulation", "Driver Fitness", "Free Driving" etc.

It is pointed out that the racetrack software of the track has already been installed in the simulator of the circuit.

Specifically, the simulator is used in the study of the dynamic characteristics of vehicles. It is pointed out that the basic components of vehicles can be checked with a real vehicle, but some dynamics problems are dangerous to study with the use of a real vehicle, (for example effect of rain).

Most often the driving simulator is used in surveys, where the driver has the central role. In investigating the effect of consumption of alcohol or other substances and drugs on driver performance, the simulator is the key tool.

In addition, it can be used under advantageous conditions, such as in small rooms, without the role of weather conditions and regardless of unpleasant traffic conditions.

The system also offers repetition, which presents the overall course with the most important parameters of driving from different angles.

This allows the learner to identify problems, while due to his high-tech graphics and interesting scenarios, the simulator is a very effective tool for effective training on important topics in a pleasant way.

This website uses cookies to improve your experience while you navigate through the website. Out of these cookies, the cookies that are categorized as necessary are stored on your browser as they are essential for the working of basic functionalities of the website. We also use third-party cookies that help us analyze and understand how you use this website. These cookies will be stored in your browser only with your consent. You also have the option to opt-out of these cookies. But opting out of some of these cookies may have an effect on your browsing experience.
Necessary Always Enabled
Necessary cookies are absolutely essential for the website to function properly. This category only includes cookies that ensures basic functionalities and security features of the website. These cookies do not store any personal information.
Non-necessary
Any cookies that may not be particularly necessary for the website to function and is used specifically to collect user personal data via analytics, ads, other embedded contents are termed as non-necessary cookies. It is mandatory to procure user consent prior to running these cookies on your website.
SAVE & ACCEPT